Here is to every daddy's love, seen on ImpactGuru - A father's day special

In recent times, the role of a father has undergone a complete, top-to-bottom, revamp. They gracefully don the hats of a friend, partner in mischief, confidant, guide, mentor, etc. etc. Basically, much more than a strict disciplinarian parent. But no matter what, there is one aspect that will always remain the same: My father, my superhero. Isn’t it?

This Father’s day, we present to you, a few of the many such superheroes that we get to encounter and witness every day. We are happy to have played a part in these stories of strength. They may come from different cities, even from different economic backgrounds! All of them have 1 thing in common though: with undaunted spirit, the father and the child managed to overcome both the disease and the economic woes. 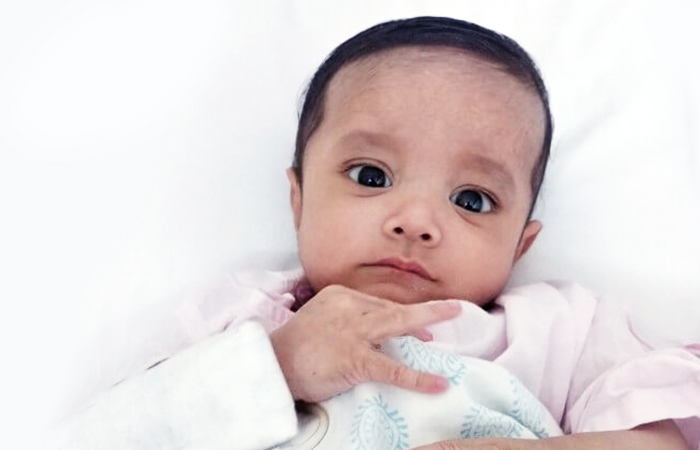 “We have, till date, consulted 5 pediatricians, 3 pediatric surgeons, 4 hospitals and none of them have been able to provide a solution other than that he needs immediate Liver Transplant.” That’s what Sunny Singh, Reyan’s father had narrated to the donors in his fundraiser.

In April 2018, Ghanistha and Sunny Singh’s happiness knew no bounds when they found that they were now proud parents of twins. The smiles had barely appeared on their faces when they were told - one of the two was born underweight. Sadly, the parents had only shocks in store for them and critical illnesses in store for the little one after that. Reyan was soon diagnosed with a urinary tract infection, ascending cholangitis, and a rare disorder known as Biliary Atresia. But nothing could stop Sunny from saving his son. Sunny turned to crowdfunding at that time. All he could as a father was pray to the Almighty and appeal to the donors for a second chance for his son. The donors responded in a way that Sunny had not even dared to dream of. With the support of 568 donors, Sunny pulled his son out of all health complications. Sunny could barely contain his happiness! By the time Ravin Sen, posted the fundraiser for his son Riday on ImpactGuru, their family had been through a lot. Riday, 5, was fighting Leukemia (Blood cancer). Now, the doctors had said that Riday’s only hope for a cure was a bone marrow transplant. But Ravin - who was already struggling to pay for Riday’s chemotherapy - had no idea on how to arrange for more funds that can get Riday his life-saving treatment. That's when crowdfunding which initially seemed like just another option, almost single-handedly made Riday’s treatment possible. With the support that could be garnered on ImpactGuru, Riday has now taken a massive leap towards recovery. Though he may seem the happier one, finally able to run around the house, it is his father who is quietly shedding tears of joy. Riday is now not just Ravin’s son, but a little one who belongs to all of us. By being with the families of patients suffering from critical illnesses like cancer, organ failure etc., ImpactGuru’s team has almost become like an extended family that one can fall back on during such tough times. We can’t imagine how painful it would have been for Jayram to see his 6-year-old Sakshi suffer due to Acute Lymphoblastic Leukemia, a rare type of cancer. Her family was devastated. The diagnosis of Cancer - even in normal circumstances - can destroy your entire world. Imagine, cancer in the times of COVID-19! How do you prepare for that?

Everyone’s finances being already stretched, Jayram took to crowdfunding trusting ImpactGuru and the sea of humanity on the platform. It's a tough time for the family, but Sakshi knows that her Papa hero will make sure he pulls her out of this problem. And Jayram’s fundraiser is marching towards its goal amount giving him the strength that in turn helps him motivate his daughter for a cancer-free future. Aren’t these stories proving how far a father can go to save his child? There are just so many of them that, we are falling short of space to include all such dad-daughter, dad-son crowdfunding journeys. However, Aishani and her father Sanjay Behari’s battle deserves a mention here on this occasion. Aishani was suffering from a Neurological condition. To make things worse, in August 2019, a sudden attack left her paralysed, with no-body movement below her neck. Sanjay’s pride knew no bounds as his daughter despite all the health issues, was not the one amongst the quitters. She took up a degree course from IGNOU. Not just that, she had also started her own venture to create and sell hand-painted art products!

Sanjay - a mere salaried employee - was told that Aishani’s treatment and care would cost about Rs.40 lakh. This came in as a shock. He had already used up his insurance, availed loans and had spent close to Rs. 50 lakh. He refused to give up though. And that’s what bagged him the support of his friends, family, and even complete strangers, who came forward to support his daughter’s treatment. And guess what? Aishani, who is in critical care now, is progressing with the medication and therapy and her movements are showing improvement.

But the stories of strength, Father’s day special, don’t end there. We spoke about the super-dads who, with the super-power of crowdfunding on ImpactGuru, are going the extra mile to save their children from critical illnesses and medical emergencies. Do we have situations wherein children have opted crowdfunding for their fathers’ treatments on ImpactGuru’s platform? Why not? We’ll leave you with a heartwarming story of Enakshi, Deepak Makhija’s daughter. Since 2 years, 51-year-old Deepak Makhija had been suffering from liver cirrhosis. While the doctors had indicated to the Makhija family about an urgent need of a liver transplant to save him, due to lack of funds, he had to always postpone his much-needed life-saving transplant.

His daughter, Enakshi, couldn’t bear to see the pain her father had to undergo. This was when she found out about ImpactGuru and crowdfunding. Suddenly, what had seemed impossible for 2 long years, became possible within days. With the help of the amount raised on our fundraising platform, Deepak Makhija’s much-awaited transplant could be done at the Global Hospital. Today, Deepak is living a healthy life. He is thankful to all those donors - many of whom he had never known – who extended their helping hands for Deepak. But obvious, how can ImpactGuru’s kind donors not step in for a daughter’s earnest wish to save her father? Deepak got a second chance at life on ImpactGuru, thanks to Enakshi’s decision to crowdfund with us.

Father, our superhero, lives an extraordinary life throughout, by being the backbone and pillar of support in his child’s life. The bond between the father and the child - it’s a beautiful thing beyond description by words. And we, at ImpactGuru, are pleased to have played a part in saving this beautiful relationship, in times of acute medical and financial distress. For all such miracles and many more to come, in association with the families of patients that trust us, our donor community that chooses to do good on our platform and our hospital community for saving innumerable lives, here’s a toast from us!

6 Steps To Successfully Crowdfund Your Medical Treatments in India

India fights Corona: A quick recap from Lockdown 1.0 to Unlock 1.0 Why, What & How of Organ Donation: Straight from a Hospital

By using this site, you agree to our Use of Cookies

We would like to stay in touch by notifying you about the lives you can impact.

Notifications can be turned off anytime from browser settings.